Neal is an associate at AZA Law. His practices focuses on all types of complex commercial litigation in state and federal court. He also has experience with internal and government investigations, including proceedings before the Securities and Exchange Commission and the Department of State. He has advised clients on global commercial compliance risks associated with mergers, acquisitions and asset sales and is familiar with the FCPA and trade sanctions.

Neal came to AZA from Latham & Watkins LLP. He is a graduate of the University of Chicago Law School. He interned with the United States Attorney’s Office for the Northern District of Illinois and the New Jersey Office of the Public Defender. Before law school, Neal worked as a management consultant at Fidelity Consulting Group in Boston. He earned his undergraduate degree at Dartmouth College.

Attorney Nadia Khalid practices immigration law, with a special focus on asylum law and policy. She is a recently licensed lawyer with prior experience in policy and government-related work. Ms. Khalid an active member of the Houston Bar Association, the Houston Young Lawyers Association, and the Dallas Asian American Bar Association. Ms. Khalid received her JD from Southern Methodist University’s Dedman School of Law in Dallas, Texas and her BA in Classical Latin & Greek from Rice University in Houston, Texas. While a native of Dallas, Ms. Khalid loves Houston’s diverse environment and dedication to its growing community. Nadia’s favorite Houston restaurant changes weekly but is currently Helen in the Heights. ​


Abdul Farukhi is a government prosecutor working with the United States Attorney's Office and Texas Attorney General to stop  health care fraud. Prior to that he worked as an assistant district attorney in Fort Bend County.  Abdul is one of the founders and former president of the Muslim Bar Association of Houston, member of the Fort Bend Young Lawyers Association, and former board member of the Texas Young Lawyers Association. In his spare time, Abdul enjoys cooking, travel, and spending time with his family. His favorite Houston restaurant is Bismillah Cafe. 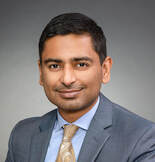 Vishal V. Iyer is the owner and principal attorney of Iyer & Associates, a full-service immigration law firm.  Vishal’s practice covers all aspects of U.S. immigration and nationality law, and he represents both individuals and employers.  Born in India, Vishal personally understands that immigrating into the United States is time-consuming, costly, and uncertain.  This understanding motivated him to create a full-service immigration law firm that prioritizes immigrants’ best interests. Vishal graduated from The University of Chicago Law School, and worked at Skadden, Arps, Slate, Meagher & Flom in Houston before launching his own immigration law firm.  In his spare time, Vishal enjoys running and traveling.  He runs 60 miles each week at the Buffalo Bayou Park, and has visited 22 countries so far.  Eventually, Vishal intends to visit every country in the world.  Locally, his favorite Houston restaurant is Artisans.


Shahmeer Halepota is a commercial litigator with mediation, international arbitration, and state and federal trial experience.  His trial experience includes a 16-day federal jury trial and post-trial appellate work. Mr. Halepota’s previous clients have included various multinational corporations as well as the Republic of South Sudan.  As an associate for the global law firm Skadden, Arps, Slate Meagher & Flom LLP in New York, he assisted in representing clients in ICC, UNCITRAL, and ICSID arbitrations and helped secure a $700 million dollar award for a satellite and telecommunications company against the Indian space agency in a Delhi-seated ICC arbitration concerning the repudiation of a long-term lease agreement. His jury trial experience includes a favorable verdict for an estate in a federal trial against a U.S. bank involving fraud and RICO claims.  He has also worked on a number of pro bono asylum claims, including obtaining Special Immigration Juvenile Status for three children from El Salvador. As a law student at the University of California, Berkeley, School of Law, Mr. Halepota was the Co-President of the Boalt Hall Student Association, a member of the moot court team, and a member of the admissions committee.  While an undergrad at Emory University, he met with U.S. House subcommittee chairmen on behalf of the advisory board of a political action committee.